Dr. Guillaume Zagury, based in Shanghai, who specializes in international public health and health innovations, comments for the Community on a day-to-day basis on the evolution of the epidemic for more than three months, and provides a first-of-the-art understanding on its “country and region analysis” and predictable consequences (experiments of SARS in 2003 and Covid-19 in China).

A remarkable multidisciplinary volunteer team allows the realization of this analysis which is intended to be factual and objective (by the way, do not hesitate to join us: mail below):“every success is collective”.”.

Beyond the volunteer skills, this project was made possible by the support of our citizens’ vision patrons: the Paul Bennetot Foundation (Matmut Foundation under the aegis of the Foundation of the Future), B Square, Tag Advisory, Daxue Consulting, as well as various fellow travelers (Jérôme, Dr Benoît Rossignol, Gilles Langourieux…)

All our illustrations created for more than  100 days, will soon be available on our website and you can download a large part of them. (www.covidminute.com).

I.1 France – at  J-1 of the de-containment, a favorable dynamic  (decrease by 2/ previous  week)  but slow  (always  nearly 500  new hospitalizations/day  despite dé 50 days of confinement))

I.3 France –  Forecast  for  deconfinement :

I.6 World:LatinAmerica  in epidemic phase

with a number of new daily cases tending  to reach the USA  (with  likely  under-reporting … ):  20% versus 30% of new reported cases  déclarés  (with usage  reserves  on this type of test-dependent figure)dépendants)

With the Collaboration of Dr. Bachir Athmani and Carole Gabay

Ⅱ. A.1 History of this daily analysis

Ⅱ. A.2 Our  contribution:    providing rational,  educational  and,… information ahead of  its  time

2/ France:  ifwe  consider March 1st as the  beginning  of epidemic,the dynamics, this  rule of viral diffusion would lead  us  to… end of  May. But  let us remain  cautious and vigilant  and see how the neighbouring countries that have  deconfinated  a week before us,  are evolving in relation  to a potential “second wave”.

3 /SinceApril in China (i.e. 12 S if we  consider  the infection  starting  on  1 January  très   (see WHO déclaration  declaration):  observation of  hundreds of cases but in the vast majority  imported and treated  (cf  recent  episode  in  Harbin coming from Russia).

II. A.4 On the media level:  the lateform  www.covidminute.com as it stands:

1/ All availableanalyses(more than 100  to  date): to gain height  and  avoid  beingêtre  “nose on the handlebars”

2/ All  visuals, scores, memos and  iconographies: more than a hundred at your  disposal

3/ A visual and dynamic Covidminute application,  which has just been finalized by the brilliant Richard Coffre https://covidminute.com/cartes-interactives

II. A.5 As a result, “MinuteAnalysis” in the coming weeks will be shorter and only if thenews   à   justifies it in order to  avoid repetition and support  you  in monitoring the  deconfinement:

The example of an official therapeutic protocol to follow in Morocco and which does not allow equivocation: this reactivity is to be taken into account in the success so far observed in the management of this crisis, by the Cherifian Kingdom.

An East-West gradient: on the number of  deaths  recorded: 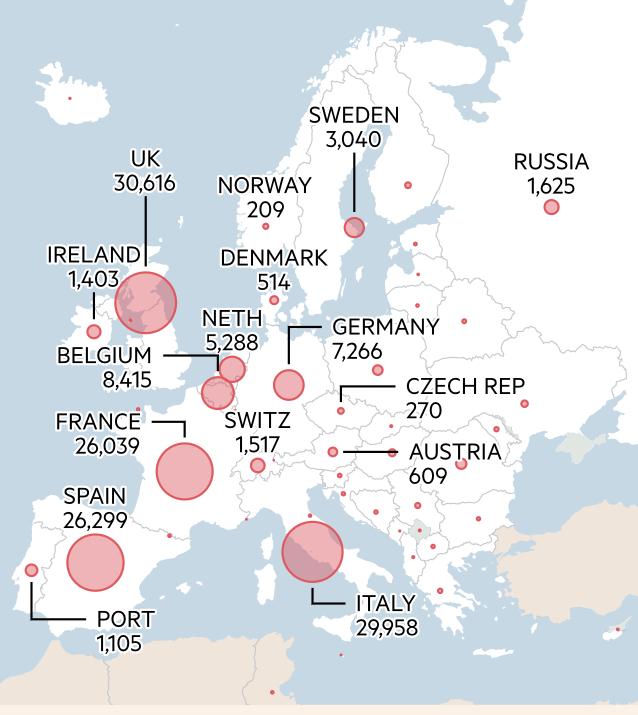 Ⅱ. C France a – J50   containment  assessment: Positive dynamics, but a France has 2 speeds for  deconfinment

Impact of Reported Cases / World: Evolution Since the Beginning of the Epidemic

By continent:LatinAmerica in epidemic  phase

All the tables of our Data Analysis Expert, Carole Gabay, on the website: www.covidminute.com, in the “Resources” section.