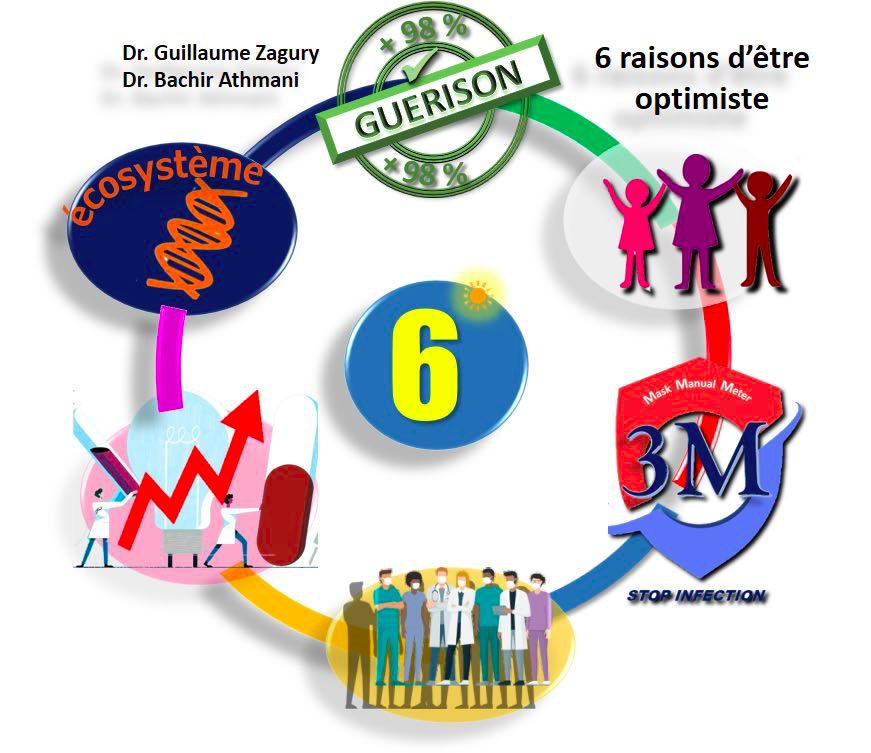 We know that many journalists and decision-makers (“crisis cells”, ministries, …) read this analysis “served at breakfast”, and we are delighted. We just ask you, when you use our ideas or illustrations, to have the courtesy to quote us.

Doctor Guillaume Zagury, based in Shanghai, specialist in international public health and in health innovations, comments for the Community day by day the evolution of the epidemic for more than three months, and delivers in preview the elements of understanding on its “country & region analysis” and foreseeable consequences (experiences of SARS in 2003 and of Covid-19 in China).
A whole remarkable multidisciplinary volunteer team allows the realization of this analysis which wants to be factual and objective (moreover, do not hesitate to join us: mail below): “all success is collective”.
Beyond the volunteer skills, this project was made possible by the support of our patrons with a civic vision: the Paul Bennetot Foundation (Matmut Foundation under the aegis of the Fondation de l’Avenir), B Square, Tag Advisory , Daxue Consulting, as well as various fellow travelers (Jérôme, Dr Benoît Rossignol, Gilles Langourieux, …)

All of our illustrations created almost 100 days ago will soon be available on our site and you can download a large part of them. (www.covidminute.com).

I.1 France – after 47 days of confinement, a favorable but slow dynamic

Scissor effect in progress (hospitalizations and resuscitation): note that if the dynamics are there, the number of daily hospitalizations despite confinement is still high (more than 800 / day)

I.2 Time vision: we are following Italy 10 days later

I.3 France – Provisional: resuscitation beds available (the stake from May 16

Post-deconfinement projection, based on 3 elements: historical data, incubation time (D7 with an expected increase around May 16), and the influx of patients C (-) (around 3200 out of 7183 beds occupied)

Note that in France, the cured Ehpad patients or patients not hospitalized, are not counted in the “cured”, and consequently, the decline (importance of the “green”) of the curve is actually stronger than the vision “ graph ”. 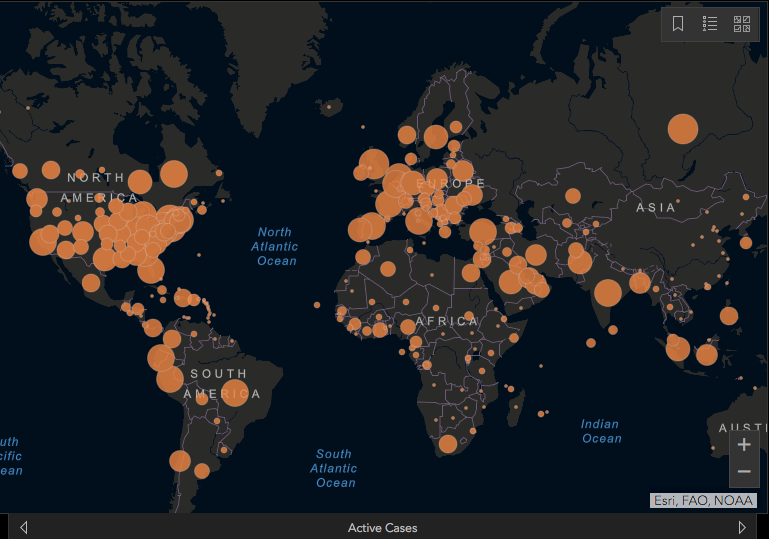 I.6 World: More than 10,000 new cases yesterday in Russia and Brazil

Comparative international results of “country strategies”
Indicator certainly not perfect (because of the tests, population density, median age of the country, etc.) but available, to assess the impact of “country” strategies.
However, be careful with overly hasty comparisons (see Finland or Australia with a low population density versus Singapore or New York)
Figure updated weekly

With the collaboration of Dr Bachir Athmani

II.A Serene look to the future

In the vast majority of cases it is an infectious pathology which heals favorably with at least 98% of clinically infected patients
80% of people infected will be mildly or not symptomatically (unlike the seasonal flu which generally keeps you at home for 5-7 days).

In subjects without a major risk factor (age, comorbidity), i.e. around 80% of the population, less than 1% of mortality in the event of infection (rate observed in Shanghai when the health system is not under stress).

In practice, we are not in an Ebola-type atmosphere (50% mortality) and if people at risk (20% of the population) are well protected, we must remain calm and confident: the episode of Charles de Gaulle confirms that 100% of young, healthy adults emerge unscathed from the infection (less than 1% in intensive care and 0 deaths out of more than 600 cases).

As this graph shows over the past 3 months, there will probably be no impact on macroscopic indicators of the overall mortality type; gain of years of life lost among young people by a reduction in road accidents or work accidents, but excess mortality of the elderly, in particular men (life expectancy normally around 80 years), following the Covid catalyst or the delay Covid Patient Management System. 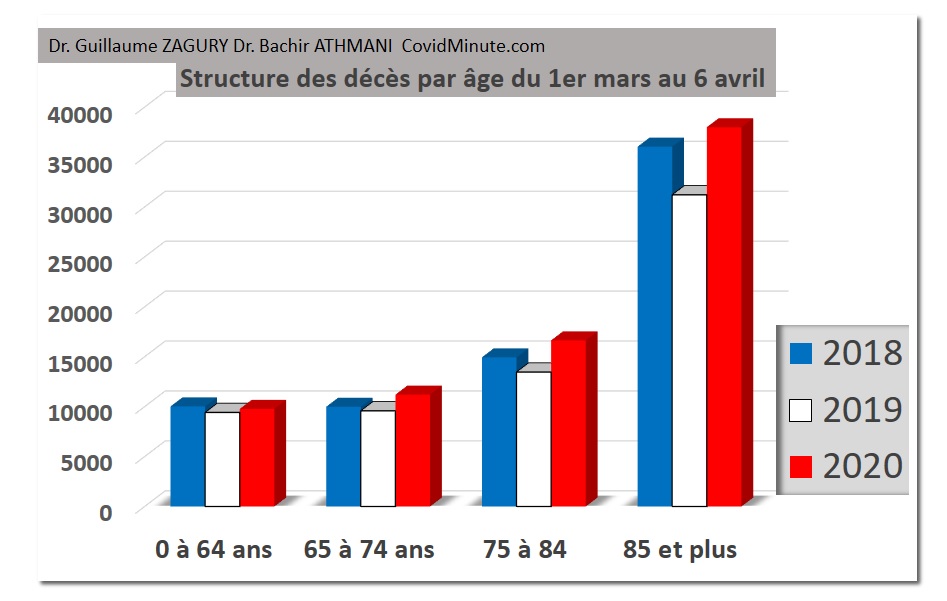 If the disease is contagious (family cases ++), children are most often asymptomatic (“healthy carriers”) and absence of death in France among children under 15 years of age. 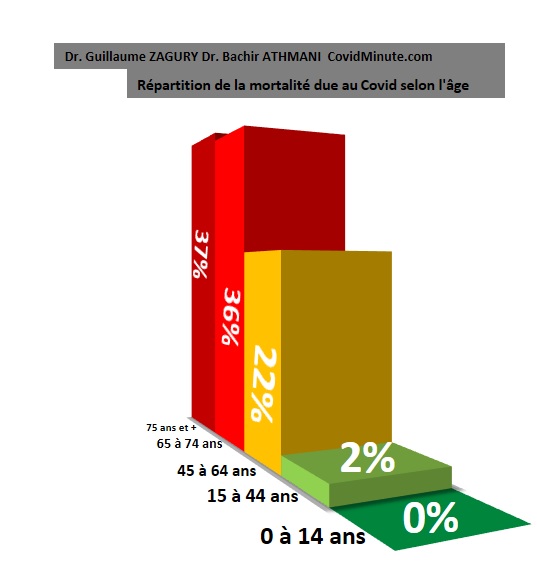 At the collective level: if the confinement had not taken place on March 19, our health system (resuscitation beds available) would not have been able to cope and the results would have been much heavier.

In the absence of pharmacological solutions, individual barrier measures have proven their worth:
3M (Hand Mask -Meter- since February 2, 2020), for the vast majority of us in the event of social life
4M (add “Minute”: limitation of physical contact times): for people at risk (18 million), or carers.

II.A.4 Caregivers at their top level

It was the soldiers on the front who saved the general staff from the initial shortcomings.

The system has managed to hold up and must remain vigilant for the future (and particularly after May 18).

“Wars” have always generated disruptive innovations by mobilizing collective intelligence. Currently, the teams are evolving at a global level, with 24/7 projects.

Recently, a French team proposed a therapeutic solution based on monoclonal antibodies (interleukin 6), which is still being evaluated.
Regarding chloroquine (the scientific debate is not yet settled), note the very low mortality rate observed in pharmacovigilance in certain countries such as Switzerland or Morocco.

For the vaccine, many structures are in competition including 4 Chinese and of course the team of Professor Gallo in Baltimore.

II.A.6 Possible hopes in the short and medium term due to the physical environment inherent in the virus:

RNA viruses are generally of better prognosis than DNA viruses.
The host animal of the virus is wild (bat in principle), as for SARS (see animal civet), and is not domestic (see dromedary for MERS, see avian or swine viruses for influenza). This would therefore be less favorable for easy recrudescence, with the risk of a strong mutation of the virus.

The notion of temperature (/ humidity) could impact for this respiratory virus:
at the historical level: the case of SARS suddenly disappeared in spring 2003
at the geographic level: 90% of the cases observed belong to a geographic belt, and the same observations of North / South gradients in certain countries such as Vietnam.

Similarly, it would be a possible hypothesis (with the young age of the populations) to explain the absence of an epidemic outbreak in certain countries such as: Africa, India, Indonesia, Australia, Thailand, … but conversely 10,000 new cases identified yesterday in Brazil (even if in the winter season).

II.B Europe: countries that have deconfined

With nevertheless still nearly 1,000 hospitalizations per day despite 46 days of confinement:

II.C.2 Resuscitation empties of their C (+) patients in the different regions: 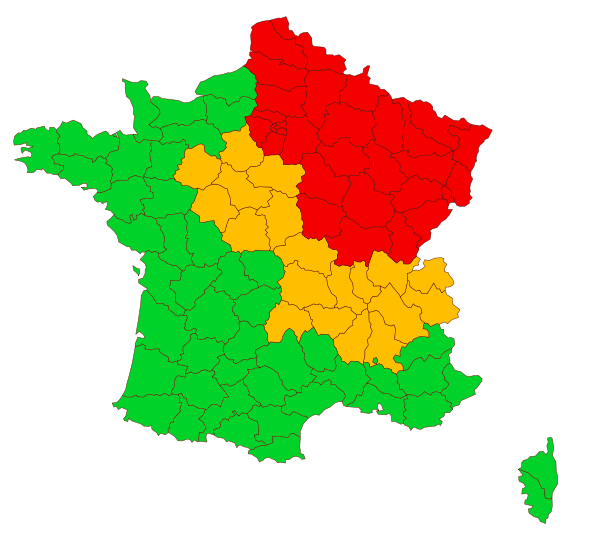 With the contribution of Dr Bachir Athmani, Stéphane and Flavien Palero, companions from the start, whom I thank again for their unfailing support.

Beware of certain figures (number of cases, deaths …) which are extremely questionable as they vary from one country to another (example: availability of tests), with measurement bias and therefore a major under-declaration in certain countries. 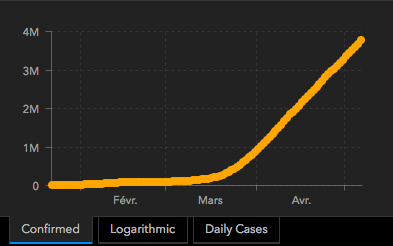 Depending on the weather :

By continent: soon more new cases in Russia than in Europe

By country: more than 10k new cases reported in Brazil and Russia

II.D.3 Time-space vision: for the followers of detailed analysis:

All the tables of our Data Analysis Expert, Carole Gabay, on the site: www.covidminute.com, in the “Resources” section.

… But above all to protect the most vulnerable.

Trust and solidarity for this collective fight

If you feel like a patron or a partner to finance IT development (all the others have been volunteers for 88 days!), Don’t hesitate to contact me (guillaumez888@hotmail.com).

Also, our team even if partly based in Shanghai, will be delighted to welcome you … because there is no shortage of work …!